Explanation of Buffered acids plus a demo video 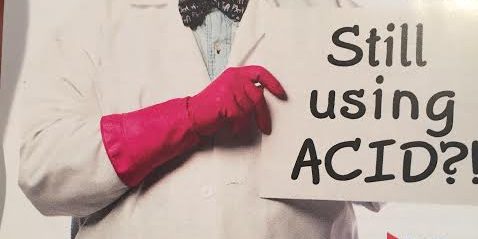 Acids like sulfuric and hydrochloric are commonly buffered with nitrogen, usually urea.  So you get urea HCl or urea sulfuric (also often called by its generic name MCDS). When buffered the hydrogen in the acids is forces into a kind of hibernation.  In fact, while in its uninterrupted state, buffered acids are chemically organic salts.  This allows them to be shipped non-regulated as they are salts, not acids.

When these products are mixed with water, heated, blended or activated (placed in an environment to descale for example) the hydrogen wakes up and behaves as it would if it had never been inhibited.  So it’s a benefit for shipping, but that’s about it.

Lastly, the hydrogen does not return 100%. That’s why buffered acids will contain a higher percentage of acid but only have the power of rough 2/3 of that acid in actual use.  We call it “hitting the acid in the leg with a pipe”. It doesn’t make much sense to an informed customer. If you want acid and you’re going to deal with the fuming and corrosion once it activates, why would you want to spend so much more for a weaker product?

Below is a video demoing the difference between a buffered acids vs Synpro.